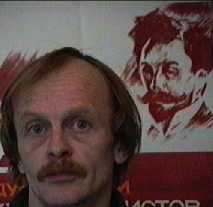 It was shortly after the student revolt in Paris in 1968. Austbø had taken part in "les évènements" and the new wind that was blowing drew him towards a composer that had always puzzled him. He started studying the fifth sonata and some of the later works and soon became very involved with the world of Skryabin, a visionary world of ecstatic colours, erotic dreams and transcendental aspirations.
This was a dangerous world, too: Skryabin's solipsistic and megalomaniac ideas could easily become dominating in an unhealthy way. Austbø realised this and took some distance to the issue. After some years, however, he could make a new approach to the composer. In 1982, he recorded the complete Poems for Saravah/RCA and in the following seasons included an increasing amount of Skryabin works in his concerts. He had started with the later works and now extended toward the middle and early periods of Skryabin's music.
In 1986 Austbø performed Prometheus op.60 with the Residentie Orchestra of the Hague. This is a symphonic poem (subtitle: Le poème du feu) with a concertante piano part, choir and colour keyboard (tastiera per Luce). The idea of combining music and colours was not totally new in 1910, but it was certainly revolutionary to include a detailed colour part in an orchestral score. Austbø started to cultivate a dream: the realisation of this colour play in the true spirit of the composer.
Before this dream was to become reality, he undertook other projects around Skryabin. In 1989 and 1990 he recorded the complete sonatas for SIMAX and this gave him the Norwegian Grammy award. He also performed the complete sonatas in two consecutive days in Oslo. From then on, his repertoire stretched through all periods of Skryabin's work.

In 1992 Austbø visited Moscow and the Skryabin Museum. His performances were compared to those of Sofronitzky, and he met Skryabin authorities like composer Alexander Nemtin, biographer Faubion Bowers and light-and music-designer Bulat Galeyev (from right to left, photo above). At that time, Austbø was the president of the Amsterdam Skryabin Society and was later appointed first vice-president of the international Skryabin Society in Moscow. In 1993 and 1995 he visited Russia again, the last time as a jury member of the first international Skryabin piano competition.

In the meantime, the LUCE-project had been realised under the auspices of the Amsterdam Skryabin Society and later of the LUCE Foundation. Austbø and colleague/multimedia-specialist Rob van de Poel had designed and composed the colour keyboard part of Prometheus, based on historical sources, and the piece had been performed at the Hague on Nov. 20th, 1994, again with the Residentie Orchestra under Oliver Knussen, with Austbø at the piano and with a specially constructed light installation, 8 by 12 meters, which can be put up in any hall throughout the world. Robbert van Steijn performed the LUCE-part.

The light melted and danced, diffracted and slid away like treacle on a spoon. Light stormed and burned, glowed and faded in pure harmony with the music. This was no light show à la Peter Gabriel but music in light - without conspicuous repetitions. Electrifying.
This was total art, certainly when the choir started singing and created associations with the opening of heaven.
Momentary reality as all the senses trembled with ecstasy at so many simultaneous stimuli.
Scriabin wanted hallucinations, what he got was angels.

In 1997 the LUCE project was performed again during the Bergen International Festival, Norway.
The Financial Times, London, wrote:

... a tremendous light show that would have delighted the composer.

In 1998, the "Prefatory Action" (Mysterium), by Skryabin/Nemtin was performed in the Concertgebouw, Amsterdam, using the same light installation. Valery Poliansky conducted the Radio Philharmonic Orchestra with Alexei Lubimov at the piano. Håkon Austbø played the colour keyboard.
Again with Austbø at the piano and with van Steijn at the colour keyboard, Prometheus was performed three times in June, 1999, by the Northern Netherlands Orchestra conducted by Jacek Kaspszyk. An enhanced version of the colour part was premiered. The last performance of the LUCE project was again in the Hague in Oct. 2003, this time with conductor Jacques van Steen, as part of the festival In de Branding.

In February, 2000, Håkon Austbø performed Skryabin's 10 sonatas at the Maly Zal of the Moscow Conservatoire. This was a historic event: last time this happened was in 1922 with Heinrich Neuhaus.